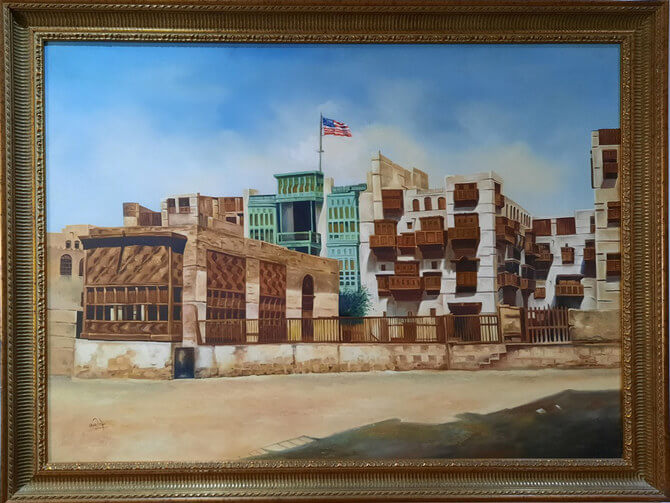 The Batterjee house was also used as the headquarters of the British Company for the Development of Petroleum Resources in Western Arabia. And later it was taken by the Arabian American Oil Co. or Aramco, to be used as a residence for its employees.

Mister Ibrahim Mohammed Batterjee, a member of the board of directors of the Jeddah Chamber of Commerce and Industry, has told Arab News that Batterjee House was built in 1860, and was at first owned by Sheikh Omar Bajubair for a period of 50 years then the ownership was transferred to Sheikh Ibrahim Hassan Batterjee in 1909.

“Sheikh Ibrahim Hassan Batterjee has made several enhancements to the house with the help of the best engineer in Makkah, known as the honorable engineer. Where the improvements included adding balconies, columns, and balustrades which were made of molten iron and carved wood and mosaics, also the concrete stairs were covered with

mosaics which were a rarity & work of art at that time,” he told Arab News.

“In 1940-1952, the United States government needed to rent the Batterjee House to be used as the headquarters of their first US embassy in the KSA. And during that time, the US ambassador offered to buy the house’s main door for $10,000, which still exists till this day.”

The ministry of culture is now completely restoring the Batterjee House to its original condition, as the house is considered one of the greatest houses in the Al-Sham neighborhood in Jeddah.

Batterjee said the house is considered one of the most famous places in the area, with around 200 pieces of antiques and items of interest. The house also includes the first Saudi phone, bearing the Kingdom’s two swords and a palm motif pattern.

He also pointed out that the Batterjee House has become one of the greatest tourist destinations in Saudi Arabia, as it’s the first nucleus of the historical Saudi-US relationship, and an incubator of the world’s biggest oil companies, that transformed the history of the region and the whole world.

The house consists of 3 floors, with an additional neighboring house belonging to the Batterjee family.

The second building was used as the headquarters of the first British mission to explore for oil in KSA, the Batterjee also said that the Saudi Commission for Tourism and National Heritage and the municipality of Jeddah were enthusiastic about restoring the two buildings.

The house also contains a collection of items in the house that dates to 1917, 100-year-old printers, guns and glassware from the Ottoman era, copperware that goes back to the 7th and 8th centuries, and also coins of the first, second, and third Saudi states. 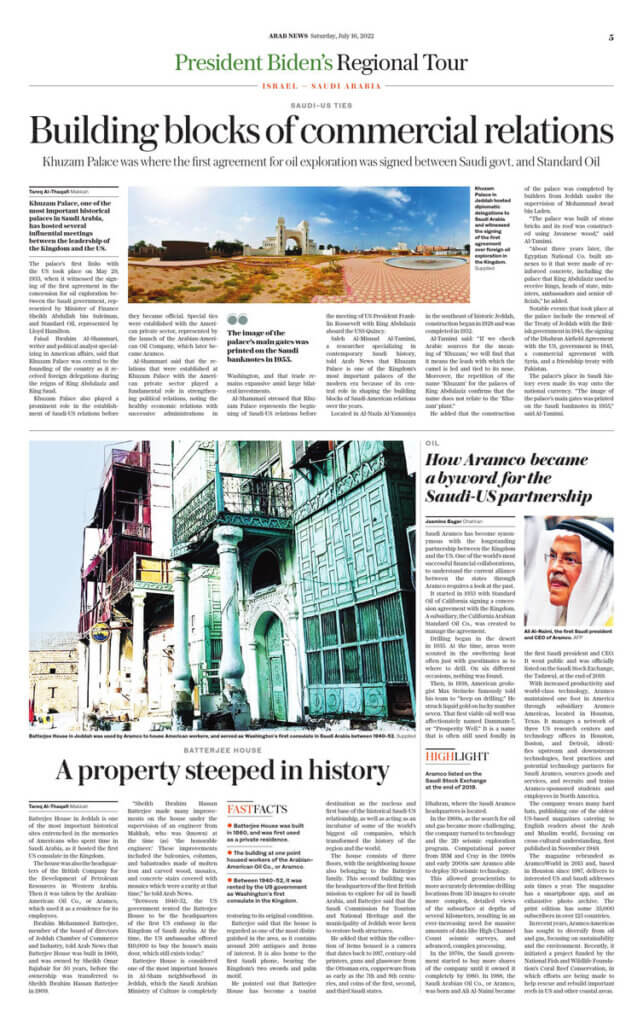 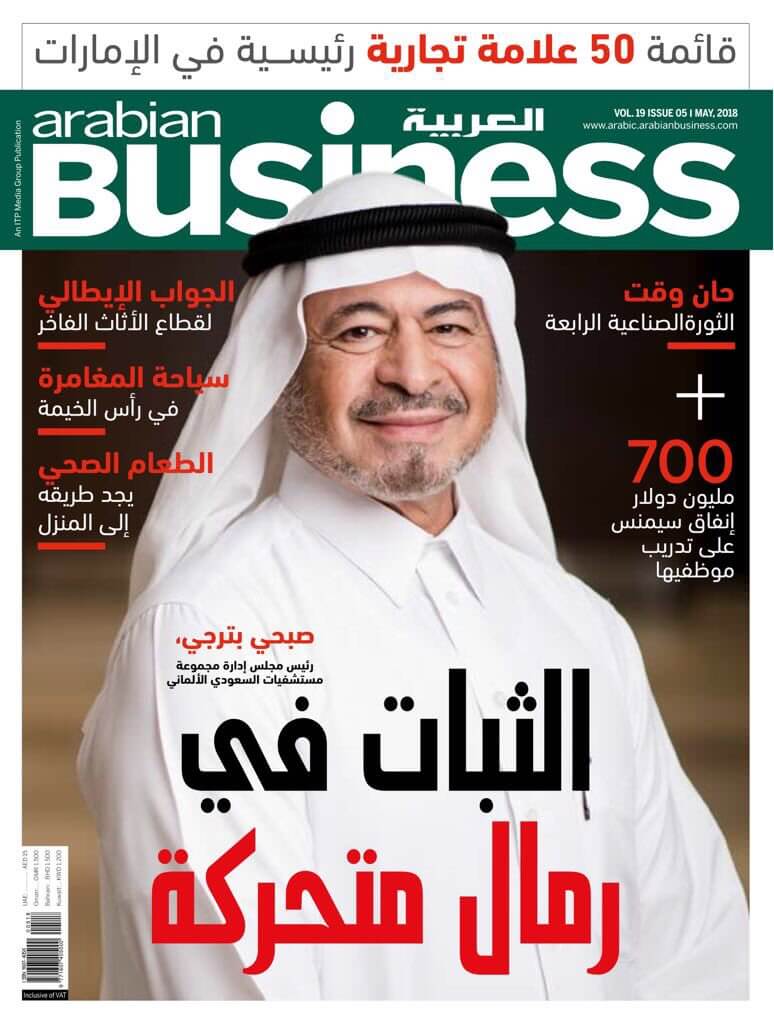 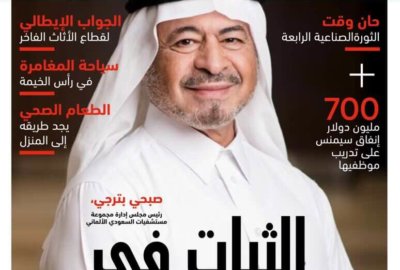 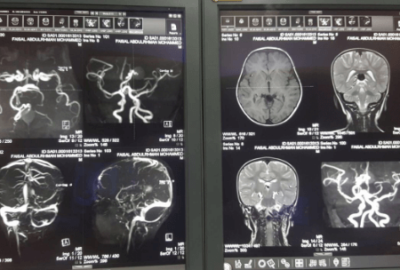 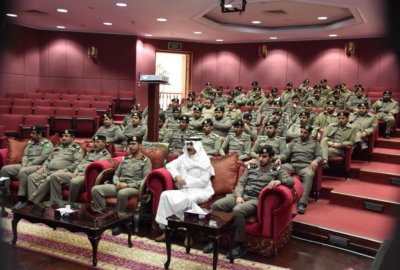 ETIQUETTE OF DEALING WITH PUBLIC 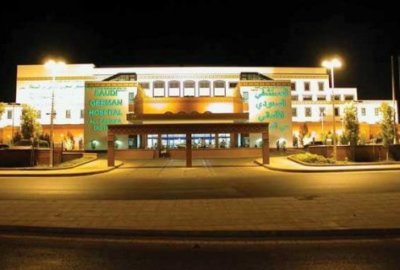 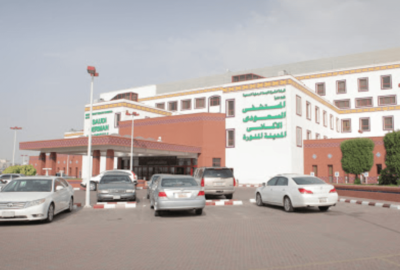